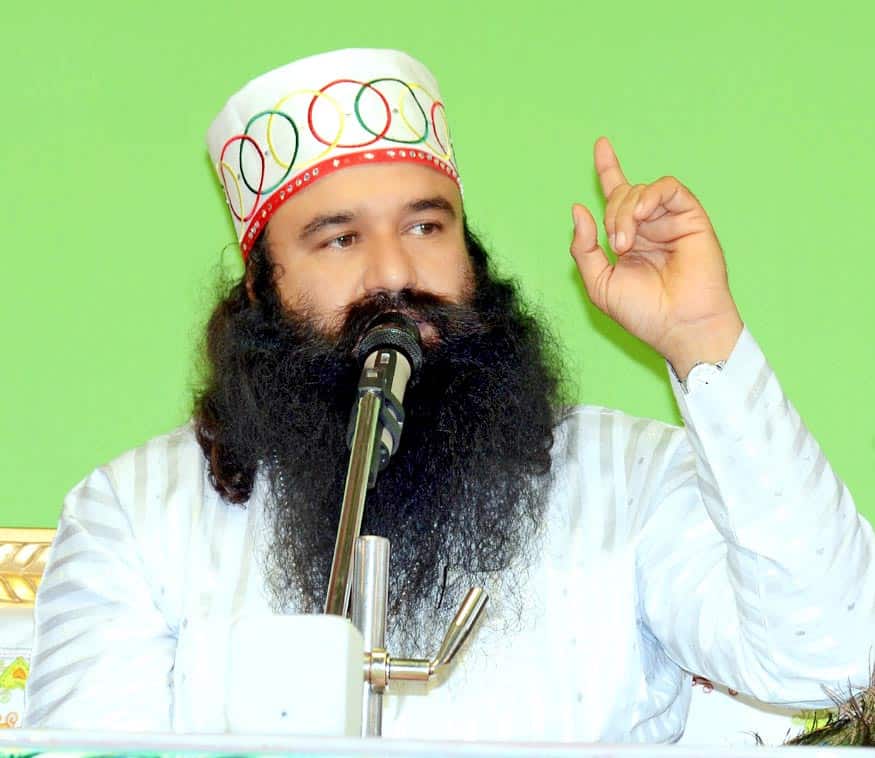 Dr. MSG Insan was born to respectable Bapu Sardar Maghar Singh Sidhu Ji and Mata Nasib Kaur Ji. He was blessed to the couple after a long span of 18 years of marriage. Though the family lacked nothing in terms of land and prosperity but only void that ached in their hearts was a child.

Both the parents had a great affinity for the renowned and great prophet of the village, Saint Triveni Das Ji. Delighted by their devotion and services, Saint Triveni Das Ji one day  prophesised that they shall be blessed with a son having celestial qualities but he will remain with them only for 23 years and then will go for the true path for which he had been sent on Earth.

Saint also advised that the son would be a manifestation of Supreme Creator himself, so must not be taken to any reverential place for prayers.

The parents agreed to it and then the big day arrived when Dr. MSG Insan descended on earth on 15th August 1967 and every heart in the village of Sri Gurusar Modia filled with exhilaration beyond bliss.

There’s another amazing side to Dr. MSG Insan’s birth prophecy. Saint Mastana Ji Maharaj, the founder of Dera Sacha had publically proclaimed during a spiritual discourse, just four months before HIS mortal departure, “Exactly after seven years, I will come again in the form of the third body (the Third Master of Dera Sacha Sauda).”  And birth of Dr. MSG Insan exactly after seven years proved the prophecy true and made it evident that Dr. MSG Insan is actually a re-incarnation of Mastana Ji Maharaj who came for the same spiritual purpose.

One day, Bapuji [Sardar Maghar Singh Ji] was heading towards the agricultural fields while carrying Dr. MSG Insan on his shoulders. Respected Bapuji was astonished to know the supernatural abilities of Dr. MSG Insan when he disclosed certain facts about the ancestral land which were there years before his birth.  Bapu Ji then got a firm believe on Saint Triveni Das’s prophecy.

Dr. MSG Insan adopted the glorious method of meditation from Second Master of Dera Sacha Sauda Param Pita Shah Satnam Singh Ji Maharaj on 31st March 1974. He had envisioned of Supreme Power in the form of Param Pitaji during the satsang [spiritual discourse] and the souls got connected there itself. Param Pitaji bestowed Naam Shabad to Dr. MSG by asking him to besides his royal and had a quick chat with him about his native and family. This way, Dr. MSG received bountiful of Divine blessings from Param Pitaji from day one. Apparently, it can be stated that from the same day Param Pitaji had chosen Dr. MSG Insan as the prospective successor to the Royal throne.

A Glance on Immaculate Student Life

Dr. MSG Insan had always been the most superior student of the school in education. He always remained the topper and monitor of class. Apart from studies, he remained a peerless sport person of myriad of games like wrestling, Volleyball, Badminton, and Cricket, besides Lawn Tennis. He played 32 national games and spearheaded the team of almost every sport as a captain

Dr. MSG Insan had a zeal, dedication, and passion for every kind of act. At the tender age of seven-eight, His Holiness was adroit and dexterous in driving the tractor for agricultural purposes in fields and ranches. He would repose only after finishing the work he had started. The same zeal still oozes out from his divine personality even today. Since the day he was enthroned as Dera head, continual welfare activities are being implemented. Under his guidance, various enlarge projects which were to be consummated in years, got fully fledged in few weeks and days.

Login to Saint Dr. MSG Insan
Reset Password
Enter the username or e-mail you used in your profile. A password reset link will be sent to you by email.
Already have an account? Login